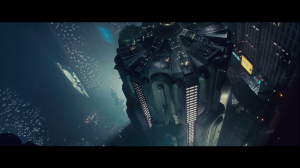 With the news of Blade Runner 2 moving forward, with a completed script and Ridley Scott stepping back to allow another director, it’s becoming increasingly apparent that this 1982 film will finally get its sequel, whether fans want it or not. It’s never quite clear to me why studios choose to do a sequel after such a long time instead of their typical reboot MO, although this case makes more sense than some others given what a classic the original is. Given that they haven’t even started filming yet, however, it’s still a good three years away at minimum. If it’s released in 2017 (just 2 years shy of when the original was set!), that’ll mean that 35 years will have passed between the release of the first film and the sequel, which is a damn long wait for the continuation of the story. But Blade Runner is far from the only film to wait over a decade for a direct sequel–just take a look at these, 4 of the longest breaks between sequels in sci-fi history.