Defiance‘s season 2 premiere last week wasn’t exactly bad. A lot of things happened, as one might expect in a premiere. But they happened too fast; plots that would have been better served by bridging them over a few episodes were wrapped up in only a few minutes. This week’s episode slows things down, and is all the better for it.

We open with Nolan and Irisa’s less-than-triumphant return to the city. Within the first scene, Irisa has already screwed things up, and gets tossed in jail for the duration of the episode as a result. Honestly, it’s probably the best thing that could have happened here. It gave Nolan a chance to demonstrate his competence, a reason for him to work with the E-Rep, and a means of introducing him back into a city full of people who have good reason to mistrust him.

We’re also introduced to Captain Berlin, another member of the E-Rep’s occupying force and a full-blown subscriber to the “sacrifice-privacy-for-security” line of thinking. She’s shaping up to be an interesting character, in my opinion; she has a tough, no-nonsense attitude, and seems to enjoy her power a little too much, but there’s an earnestness to her beliefs that makes her almost respectable. 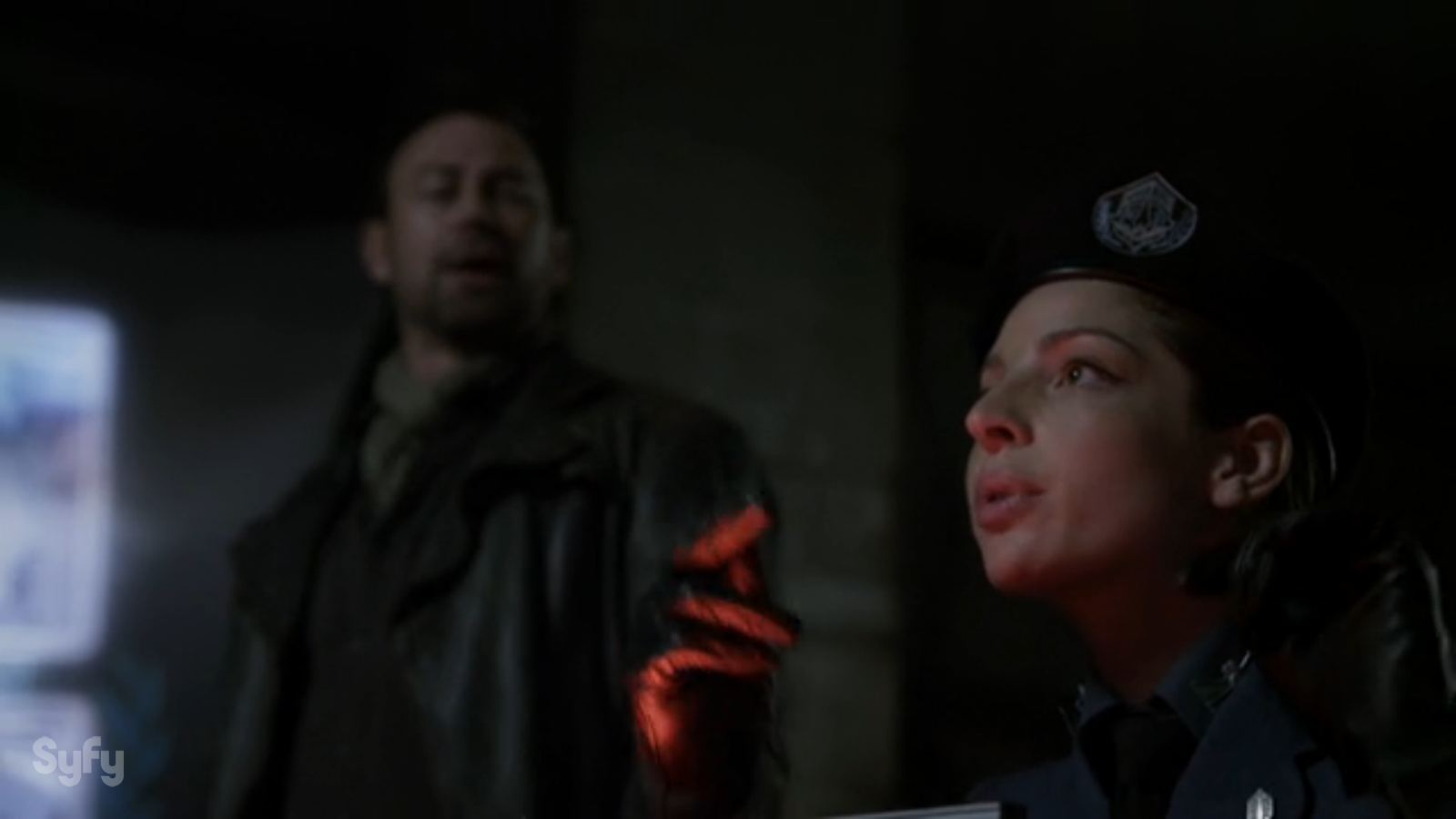 “Call that hand cannon strapped to your side a blaster and you’ve got the complete picture.”

Berlin had Nolan’s number, too, calling him out on his deliberate roguishness act within a few hours of meeting him. Judging by the response on twitter last night, however, I may be the only one who feels that way.

Pottinger’s character is also developed further; he’s quite reasonable when it comes to allowing Nolan back into the city, and he holds up his end of the deal when Nolan catches the bomber. Datak’s scheme, which he pulls off perfectly, still isn’t enough to fool him. And yet, on the other hand, his unnecessary brutality with Doc Yewll and the reveal of his Adreno addiction make it clear that he’s far from a good guy. Clever, reasonable, layered villains. These two are a huge step forward in characterization for the show, and for that, it should be applauded. 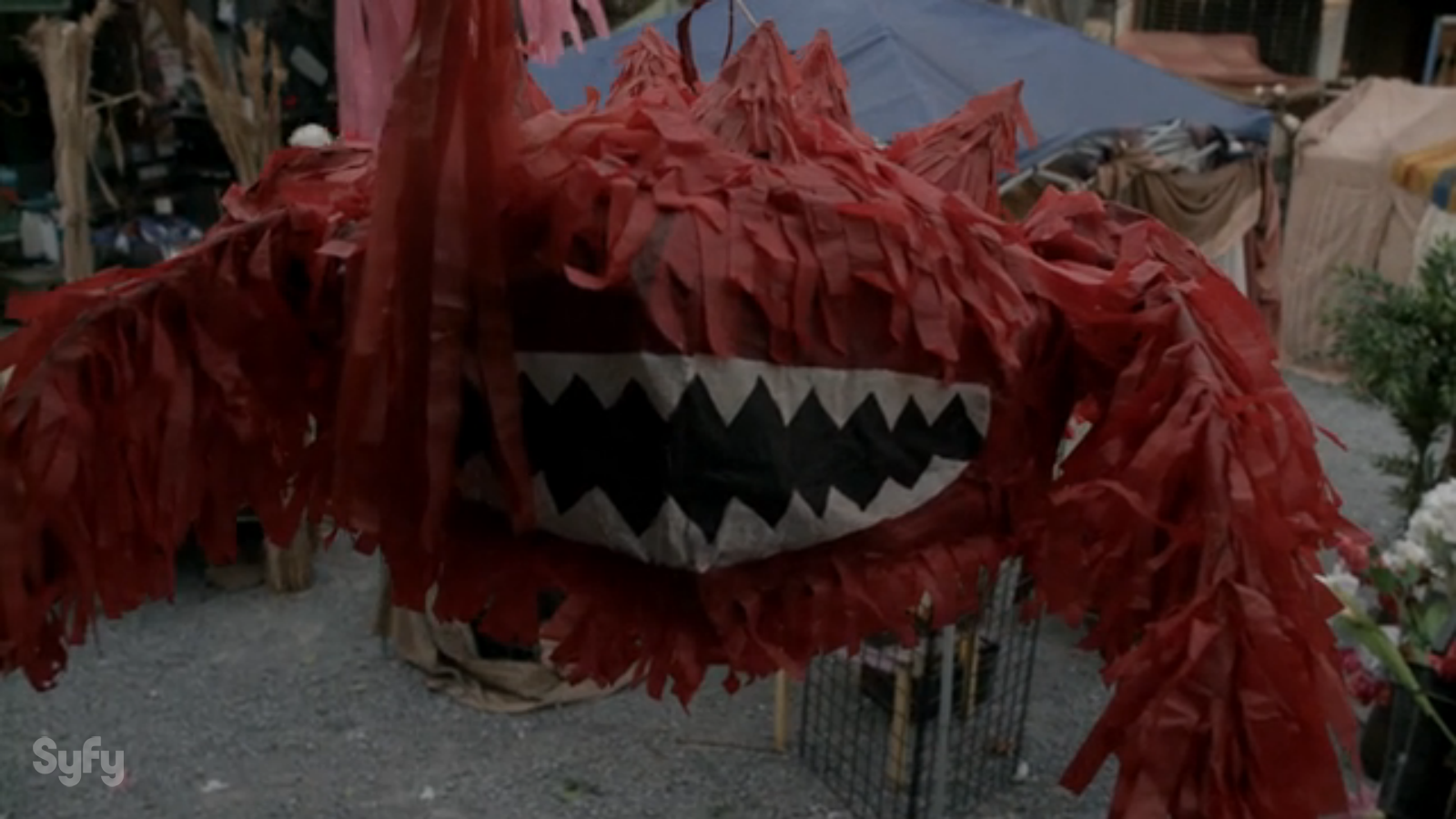 One pinata you don’t want to hit.

The bomb plot is fairly by the numbers and unremarkable. Embedding the bomb with horrible flesh-eating worms is a new one to me, so props on that, too, I suppose. However, it still contains a Jack Bauer-esque interrogation sequence and ends with the cliché bomb defusing sequence, exactly as you’d expect, but at least it didn’t stop at :01. Nolan’s reintroduction to the town helps show us the changes that it’s undergone, and his interactions with Berlin are interesting. The plot’s real saving grace is how it relates to the Tarrs. While Stahma appears to be the intended target, things definitely work out in her favor. Just how much of a hand might she have had in it? The strain all of this scheming places on Alak should be interesting going forward.

And aside from the least practical shiv ever, the jail scenes were fairly strong. Having someone see right through Datak’s scheming was an unexpected but welcome change. As for Doc Yewll, let’s just hope Indogenes have some as-of-yet-unexplained healing powers. Still can’t help but wonder why, though. It didn’t seem to accomplish much.

All in all, this was a much stronger episode. It wasn’t perfect, but the show is starting to feel like it has a real sense of direction, one that it’s desperately needed. If this trend continues, it just might be worth it.