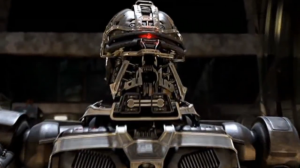 It’s been exactly 4 years since Syfy announced that Caprica, a Battlestar Galactica prequel series, was canceled. It was a show that ran alongside Stargate Universe, which suffered a similar fate. The show’s ratings struggled, but one has to wonder just how much of it was caused by the quality of these shows, and how much of it was caused by putting basic cable genre shows up against the broadcast networks’ primetime lineups in the fall. Defiance has managed to hang on, and most other Syfy shows have done well in that same summer premiere, when there’s less competition for viewers. And incidentally, Defiance features the same showrunner, Kevin Murphy, that Caprica had. The shows even have similar themes, featuring lots of gay characters (along with many other sexualities too, and even a rare mostly-positive portrayal of polyamory) and both explore wholly created cultures in a sci-fi setting. But be it because it was too soap opera-esque, or because it had a tough timeslot, or just a general lack of interest in the background of that world, Caprica was canceled only halfway through its first season. Still, there were plans set up for the future already, and Kevin Murphy has been open with fans about what they were. So let’s get ready to explore the world of Caprica season 2.

Zoe’s adventures in V-world were far from over.

Because Caprica was canceled so early, they were able to wrap it up (kind of) with a quick ending montage that tied the show together with Battlestar Galactica. It wasn’t the most satisfying ending ever, but it was better than the cliffhanger that SGU ended on. And yet the entire second half of the season had been building towards something. Something big, but too indistinct to guess at from what we saw on screen. According to Murphy, Caprica season 2 would have opened with a 5 year time skip, jumping ahead to the point where the humans and Cylons were on the edge of the First Cylon War. The season would progress from there, filling in the gap with flashbacks that reveal how things transformed from this early introductory state that the Cylons were in to being capable of waging war. To quote the man directly, “getting away from the navel-gazing religious theory of bloated Caprica at peace and into high-stakes conflict of a system on the brink of war was the other big goal.”  What would this mean for our characters? 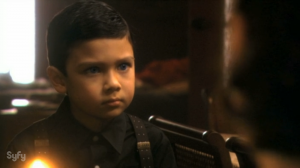 The brief glimpse we get of the real Bill Adama in the finale. 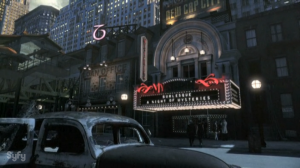 New Cap City just has a very cool atmosphere to it.

So that’s pretty much everything we know about Caprica’s second season plans. I always had rather mixed feelings about it while it was on the air; I didn’t find many of the characters particularly likable, and only about half the ongoing plots were interesting, but I absolutely loved the V-World stuff, particularly New Cap City, and the ideas surrounding Zoe and Tamara as reconstructions of the dead and their connections to the Cylons really were fantastic. It’s just that I had to wait for all the other boring stuff to get out of the way, and that took way too long. Kevin Murphy took over as showrunner after the first 10 or so episodes had already been written, so he rewrote them and tweaked them as much as was realistic, then decided from there to aim for more of the BSG-related material that fans wanted. You know, have Caprica actually do what a prequel is supposed to do. But the show was canceled after returning with little fanfare from a long hiatus, around episode 14, so it never got very far into Murphy’s adjusted episodes.

I apologize that I couldn’t fill this in with as many sources as I usually do; the main interview with Murphy where a lot of this info is revealed was on the Caprica Times fan site, which is now defunct. I located a mirror through the wayback machine, which you can read on your own, if you’d like, but I chose not to link it extensively so as to avoid burdening their servers. If you enjoyed this and want to know when the next show comes up, you can subscribe to the “What Could Have Been” RSS Feed here. You can also give the first season a rewatch with these ideas in mind by checking out Caprica on Amazon