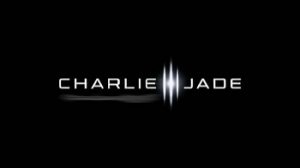 We’re trying a new column this week, with the goal of introducing some of the lesser known sci-fi TV series to a wider audience who might be looking for new shows after binging on more popular works like Star Trek or Battlestar Galactica. As such, my intent is to do these with as few spoilers as possible, while still addressing the main points of interest. We’ll be starting off by looking at Charlie Jade, a 2005 television series that was filmed and set in South Africa, lasting only one season. For this, I’m going to use a rating system, where a 5 represents must-see, 4 is good, solid television, 3 is “cult classic” stage, where the show’s appeal is likely limited to a specific group, 2 is flawed, but fun, or even “so bad it’s good,” and a 1 is avoid at all costs. 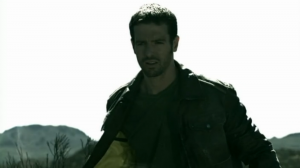 Now, let’s get right into it. Charlie Jade briefly aired on the Syfy channel in 2008, but otherwise isn’t very well known. The show follows the eponymous Charlie Jade, a private detective in the cyberpunk style dystopia of Cape City (yes, city). The world has been cut up and is now controlled by five megacorporations, with Vexcor being the one in charge of Africa. A strict caste system is in place (I know, castes in South Africa! Who’d have guessed?), which affords Charlie some luxuries, but it’s still far from a pleasant life. The story begins with his hunt for a man named 01-Boxer, which leads him to a secret Vexcor facility. Unfortunately for him, the facility is conducting a dangerous experiment, which a group of terrorists, led by a woman named Reena, have set out to stop from the other end. Their bomb goes off, and his surroundings change–the experiment had attempted to create a wormhole, which temporarily bridged the gap from Charlie’s universe (the so-called “Alphaverse”) to another universe, the ecologically-minded “Gammaverse”, which is where Reena’s bomb was located. Both of them end up in a world stuck in the middle, the Betaverse–AKA our reality. Charlie meets up with a journalist named Karl, and together they must find out the truth behind Vexcor’s experiments in order for him to return home. 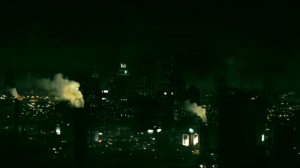 The green tinge of the Alphaverse…

To make this simple, and I’m just going to break it down into pros and cons. 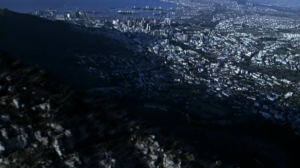 …the blue tint of the Betaverse… 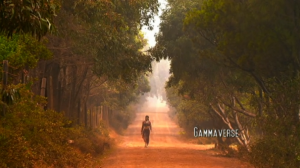 …and the slightly reddened palette of the Gammaverse.

Overall, I would rate the show three and a half out of five, and whether you personally round that half up or down is going to depend on your tolerance for the strange editing and opinions on female characters. While it’s only one season long, the ending isn’t as abrupt as, say, Firefly, nor is it a total cliffhanger, like with Stargate Universe. The show is definitely worth a watch, and you can find it in its entirety (UPDATE July 2016: It’s no longer available on any major streaming sites, unfortunately), although you’ll need an account to get past the age gate. There are very few shows to compare it to, so give it a shot and see what you think.

Since this was a first try at this type of article, I welcome any input for how it could be improved next time.  So, do you have any suggestions? Or are there any little known shows you’d like for me to cover? Leave them in the comments, or send a tweet to @RetroPhaseShift. To be notified of the next entry in the Subjectively Obscure Sci-Fi Primer, you can subscribe to the RSS feed by clicking here. And if you’ve watched Charlie Jade and enjoy it, you can read about the plans for season 2 here.