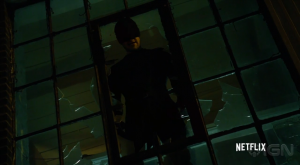 This week in TV sci-fi news, February starts us off with a movie release, although you’d be better off thinking twice before running to the theater. Plus, things finally start to open up in regards to Star Wars. And of course, our usual metric shitload of Marvel news.

That’s about all I’ve come across this week. Is this helpful to you? Learn anything you hadn’t seen elsewhere throughout the week? Let me know in the comments or on twitter @RetroPhaseShift.