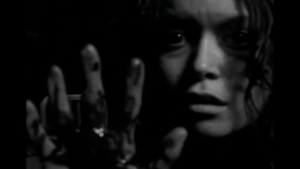 When it comes to the most popular sci-fi series, fans usually know everything there is to see. Every episode, deleted scene, bizarre spinoff series… they’ve seen it all. Sometimes, however, there are these weird little bits of the show that just never get out there to the wider fanbase. They’re not a lost episode, exactly. They can be created for lots of reasons, from cancellation scares to reconstructions of bits that were never properly filmed. For a long time fan, discovering one of these unknown clips can be a real treat, and why wouldn’t it be? It’s a chance to see some of your favorite characters back in action again when you thought it was all done! So here are 4 little known pieces of popular shows, in the hopes that you can enjoy spending a few more minutes with some beloved characters, too. 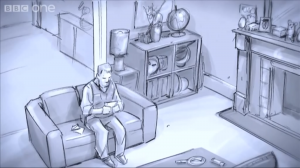 Okay, so, the first half of series 7 of the revived Doctor Who ended on a bit of a down note; Rory and Amy were trapped in the past by the Weeping Angels, forced to live out their lives in pre-WW2 era New York. Wibbly-wobbly, the Doctor can’t save them, so they’re stuck. Amy goes on to be an author and writes a book, and she ends up getting a bit of closure with the Doctor. But just a few episodes before, we were introduced to Rory’s father, and any mention of him or the rest of their family in the present is COMPLETELY glossed over. Heck, Amy was a famous model at one point… wouldn’t her sudden disappearance be news?

But… originally there was a scene put together to help patch this over, a letter delivered by a descendant to Rory’s father in much the same way that the letter in “Blink,” the first appearance of the Angels, was handled. This scene was intended as a DVD extra, but it was never filmed; instead, the storyboarded art was assembled and a voiceover from Rory’s actor, Arthur Darvill, was added, with the final clip uploaded to Youtube. I wasn’t terribly pleased with how “The Angels Take Manhattan” ended, but this clip really helped to make the episode more enjoyable for me.

You can watch it here. As you can see it got quite a lot of views, so it’s not terribly secret, but it is one of those things that someone who’s only just now watching Series 7 might never find out about, so I felt it worth including. I’ve talked about it here before, too. Of course, if that’s not obscure enough for you, I’ve got plenty more where that came from… 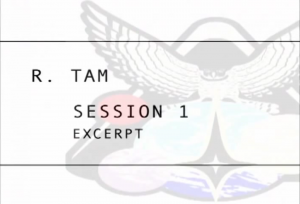 Nah, what could possibly go wrong?

If you’re a fan of Firefly then you know that poor River had some hard times in her past before joining the crew of Serenity. And well, this little series of videos gives us a small taste of how that got started. The R. Tam Sessions features an unnamed Alliance psychologist (played by Joss Whedon himself) questioning River on a number of things and, well, it doesn’t end nicely. Included on the DVD as an extra, it might have eluded people who don’t typically check out the special features. It’s hard to go into any more detail than that without ruining it, but if you’re dying for more Firefly to watch, then there’s another 8 minutes right here for you! 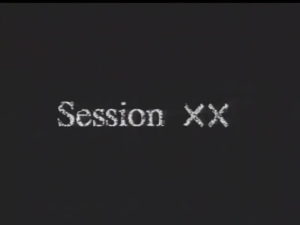 “I know it’s a little sudden, but… this is the last episode.”

A few months ago, I had the pleasure of seeing Shinichiro Watanabe at the Animazement convention in Raleigh. I’ve been a huge fan of Cowboy Bebop since I first saw it over ten years ago, so that was a real treat. During the panel, he mentioned a few things I hadn’t been aware of–like the fact that Cowboy Bebop was actually cancelled for a brief time. For something that’s so highly praised from both fans and non-fans of anime alike, that was a pretty shocking thing to hear, and just goes to show that cancellation rarely correlates with quality.

When I got home and started researching that, I found out there was a “lost episode” of sorts: Session XX, sometimes called Session 13.5, Mish-Mash Blues. It was made during the timeframe when the show was thought cancelled, and actually aired on TV once, but has never been included in the DVD sets, nor has it ever been dubbed. Mish-Mash Blues features soliloquies from each of the characters dealing with a lot of the themes of the show, playing over clips from the episodes that had aired and the episodes that had already been animated but would no longer be aired (though eventually they were). It’s pretty interesting for a fan of the show to watch and hear these characters put their philosophies into words. Some are silly, some are insightful, but it’s fascinating all the way through. The “episode” ends with the words: “This is not the end. You will see the real Cowboy Bebop someday!”

We definitely did, Watanabe, and we’ll always be grateful for that. You can watch the two halves of Mish-Mash Blues here and here. 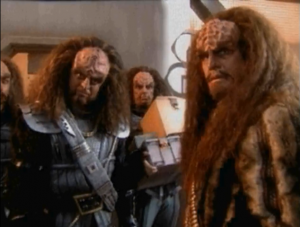 If you do decide to watch this, get used to Gowron glaring directly at you.

During the early 90’s, there was a fad of these so-called “Full Motion Video” games, which featured live action or pre-rendered footage which you could “interact” with, kinda like a very pathetic visual novel. People were really excited with the capabilities of their new CDs. Of course it was only a matter of time before Star Trek got into the game, and that’s how we ended up with this, which has sometimes been touted as a lost episode of TNG. That is way, way over crediting this, but it’s kind of easy to see why: it’s clearly meant to be set in TNG’s era, and the credits before and after look exactly like TNG’s. The scenes are directed by Jonathan Frakes (Riker) and it also features J.G. Hertzler as an old Klingon (not Martok), plus a few other familiar Klingon actors, with oversight by Ronald D. Moore, so it’s about as legit as something like this can get. It stars Robert Reilly as Gowron, or rather a holodeck recreation of Gowron (presumably programmed before he went off the deep end in DS9), who walks you through a Klingon murder mystery featuring such daring enemies as… the PAKLED. Yes, truly, this is a glorious battle for the ages.

I’m joking, but it is a pretty transparent mystery. Still, if you’ve ever wondered what Klingons do while the Federation’s not around, or at least what some Starfleet officer who programmed the simulation thinks Klingons do while the Federation isn’t around, it’s worth checking out. It also gives some development to Gowron, who manages some reasonable points in spite of maintaining crazy eyes throughout. I’m sure we can, at the very least, chalk it up as a holodeck program available in the Enterprise‘s computer. That does raise some interesting questions about likeness rights and intellectual property law in the Federation, though. I mean, clearly Gowron wouldn’t come act in this, so are they using his image without permission? Voyager‘s crew got bent out of shape over pastiches of themselves, never mind exact names and appearances. Hmm…

You can watch Star Trek: Klingon on youtube, too. There’s another one, as well: Star Trek: Borg, which stars John de Lancie’s Q as he teases you before your inevitable doom at Wolf 359. Hope you just get blown up instead of assimilated!

Are there any other forgotten bits of media out there that could give desperate fans a little new content for their favorite franchises? You can let me know in the comments, or on Twitter @RetroPhaseShift. If you enjoyed the article, please do share it! Never know who might love to hear about these things.