So you’ve got some very big dreams of destruction to fulfill, and shopping around for Death Stars is a little bit tricky. I mean, there aren’t many manufacturers, and there’s sort of a de facto monopoly on who gets to own one… it’s hard for your average Joe Supervillain to get his hands on the kind of weapon. And hey, we might be mad scientists, but that doesn’t mean we’re all mad inventors, right? But fear not, my ambitious world-conquering friend. Superweapons are actually a lot easier to come by than you’ve probably been led to believe. Giant lasers aren’t the be-all, end-all of earth shattering kabooms. So here are 4 sci-fi technologies you might not have realized double as great superweapons (in order of difficulty to obtain, not destructive force). 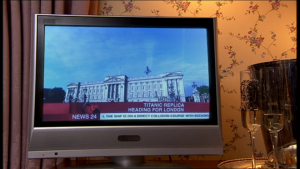 spacefaring Titanic duplicates can work in a pinch.

Let’s start simple. Even if you live in a world where there’s no faster-than-light travel (and hey, that stuff is pretty dangerous itself), a near-lightspeed ship can be a force to be reckoned with. Oh, not because of the weapons it’s equipped with; the ship itself can be extremely dangerous. Think about a basic projectile, like a bullet, that doesn’t have any kind of explosive warhead in it. Instead, it deals damage through the kinetic energy it possesses when it strikes the target, according to Newton’s laws of motion. Knowing how much damage a bullet can do at relatively low speeds (on a stellar scale) and with incredibly tiny mass, let’s scale that up. If we can take an entire small spaceship, or even an asteroid, and accelerate it to significant fractions of the speed of light, the amount of destructive power that object holds is enormous. We’re talking something that can fracture the crust of a planet, and no one’s surviving that.

These are more generally referred to as “relativistic kill vehicles,” and while none have yet been developed, it’s just one of the many reasons why access to orbital space is so highly regulated. 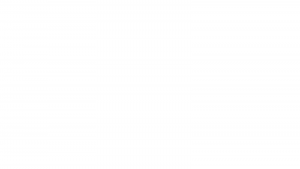 Total conversion to energy–nothing remains so nothing to be seen.

On the other hand, if your civilization is a bit more advanced, you could consider looking at other technologies to base your weapon on. Power generation is a logical place to start, and the seeming ubiquity of matter/anti-matter reactors is an excellent way to do it. After all, the reactor is basically just a highly controlled explosion in the first place, harvesting energy from the collision of matter particles with their anti-matter opposites. But anti-matter is very difficult to contain; you can’t keep it in a box or a tank, because that tank is made of matter, and BOOM. Anti-matter has to be magnetically contained so tightly that it can’t even touch the air. And that anti-matter has to be produced or procured from somewhere, so if you can seize the source, or maybe just a single shipment in some kind of really cool heist, then you have an incredibly potent weapon on your hands. All it takes is one flick of a switch to shut off the magnetic containment, and a tanker truck full of anti-hydrogen quickly turns into the equivalent of a (650 megaton) bomb, over 10 times bigger than the biggest nuke ever created. So maybe you won’t be holding the whole world hostage, but you could probably get a small country to bend to your will if you placed it right. 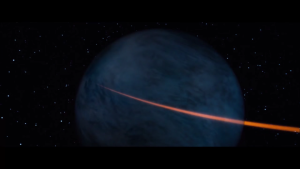 The Klingons were probably right to be worried about the Genesis Device’s potential use as a weapon.

If bending the nations of the world isn’t your thing so much as “Total Extinction” is, then terraforming technology might be more of what you’re looking for. Terraforming is a pretty wide category, and could include things as diverse as atmospheric regulators (essentially just really advanced greenhouse gas generation) to absolute restructuring of the tectonic and geological layout of the planet (which, depending on the scale of your civilization could be as complex as detonations in the mantle of a planetoid). While the intention of terraforming is to take a planet which is inhospitable to human life and make it more earth-like, there’s no reason you couldn’t do the opposite, if you so chose; this is sometimes called “xenoforming”, although more specialized terms crop up (Andromeda had “pyroforming”). The idea is simple then–instead of raising the temperature on a cold planet, raise it on a warm one. Replace breathable gases with toxic ones. Destabilize weather patterns and create massive, long-lasting storms that destroy any structures built on the planet. This is likely a slow process, but it might not be (it certainly wasn’t for Defiance‘s Votans); and heck, even if it is, by the time anyone notices what you’re doing, it’ll be too late. 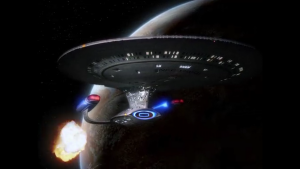 One of the most advanced technologies you could have at your disposal is the Star Trek-style transporter. It’s treated as so mundane within the Federation and other species, but even with philosophical arguments aside, its capabilities go far beyond what they show. After all, its full name is the matter-energy transporter. This is where our old friend Einstein comes into play–if energy is equal to the mass times the speed of light squared, then the amount of energy any given object, even a fairly small one, contains is absolutely enormous. Since the transporter works by turning the person or object being transported into energy and then back into matter, it’s an utterly trivial thing to stop the process halfway. If you were transporting an 80kg (176lb) mass–like, say, an adult human–and turned them into pure energy before releasing the confinement beam, the resulting energy release would be on the order of 1,700 megatons of TNT, three times as much as our entire tanker of antimatter above. Think about how often people on the Enterprise and other Federation starships use the transporter without authorization. Each of those is a potentially earth-shattering crisis averted. How fortunate for them that the Maquis seemed to lack a sense of imagination, eh?

So there you have it. The least you can do is give me a little fair warning before pulling one of these off now, right? If you know of any other common SF technologies that have a massive potential for misuse, you can let me (and the aspiring supervillains) know in the comments, or on Twitter @RetroPhaseShift. Still working on something special for later this month, so look forward to that.