Are you sure the world around you is real? You probably said yes, but are you really sure? What if you’re just trapped in a fabricated reality, completely unaware of what’s happened to you? If you’re a high ranking official, or someone with secret knowledge, then this is a constant threat, but it could be something as stupid as pissing off the wrong guy that’s landed you in this predicament. It happens more often than you think, and the mere idea is enough to drive some to madness; but fear not, because I’m here to help. Or maybe this article was planted in the simulation by your friends on the outside, but either way, here are 4 methods to prove whether or not you’re stuck in a world of illusion. 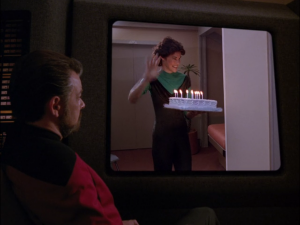 This is probably what made you suspicious in the first place. No matter how great the simulated reality is, it won’t be perfect; there’ll be little things that just aren’t quite right compared to what you remember. Exactly what’s wrong will depend on how the virtual world was constructed–if it’s based on recordings and data, then things like smells and textures are going to be extremely difficult to replicate. If it’s drawing from your memories, then you might notice that people are more like how you wish they are, or how you tend to think of them, than how they really are. Bringing these up can sometimes force the hand of the puppetmaster that’s trapped you here.

Captors with particularly advanced technology can sometimes override this problem by putting you in a simulation that’s completely unlike your real life and convincing you that this was your true reality all along. However, even these types will often draw from your mind in some regard, using the names and appearances of friends and family to help abate that “this feels wrong somehow” thought from taking hold. Particularly strong memories are the most likely to remain, like that time you looked up at a very different sky with your childhood friend… or that hologram that hit on you that one time. Your best hope in this situation is to seize onto those feelings and use them to uproot the inconsistencies. 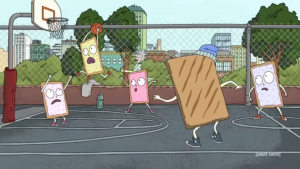 Of course, there’s also the other end of the spectrum to consider–if everything you do plays out exactly the way you think it would, then that’s a pretty clear sign. This kind of behavior in a simulation usually means the virtual reality is pulling directly from your mind on the fly and trying to extrapolate based on your likely actions and expectations. Everywhere you visit will be somewhere you’ve been before, every random person on the sidewalk will be someone whose face is slightly familiar. If your puppetmaster isn’t careful, this can be easily exposed by accidentally drawing out people who haven’t been seen in years, or worse, people who’ve died long since.

But even if they are careful, there are things you can do. Behave erratically; try to remember dreams and fantasies, which can interfere with the simulation’s readings and start creating obviously unreal situations. Of course, if it’s not a simulation you might wind up looking a little foolish and embarrassing yourself, but hey, it’s better than being trapped, right? 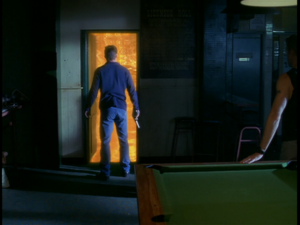 There’s not usually glowing orange voids in the ladies’ room, right? I haven’t checked yet.

Alright, so you’re reasonably certain that you’re in a simulation at this point, but your captor isn’t giving up the charade so easily. If they’re not going to give up, then it’s time to get things out of their control. That’s right: it’s time to break the simulation.

This illusory world is being created somehow, right? Whether it’s a virtual reality or a holodeck-like environment, the simulation is likely being controlled by a computer, and that computer has limitations. Just like a modern day video game, it can be possible to start overloading the simulator’s processing capabilities by initiating too many different actions at once. If you’re good enough, you might even be able to “crash the game,” so to speak, and escape. Failing that, if you suspect you’re in a holodeck, you can always try throwing something into the boundaries of the room, as Data did (although you should throw a shoe or a watch, something you know is “real” and not a simulated object). This can even work if the simulated reality is all in your head–try entering an area that you’ve never been to before and have no idea what it should look like. Maybe try the ladies’ room, if you’re a guy. If it’s anything less than a perfect duplicate of reality, there’s a way to break the illusion. 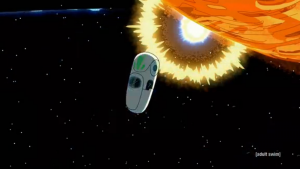 It’s a bit of a gamble to give fake info that could kill you, but it will get you out of there one way or another.

…But, if you can’t get any of these to work, there is one thing that’s certain to end the simulation: your death. After all, this person could’ve killed you when they captured you, if they really wanted to. They’re going to need you alive, whether it’s to extract confidential information or steal the plans to your time machine or what have you. Sometimes the simulator is just putting you through a weird test, and in that case they DEFINITELY don’t want you dead.

So the idea here is to put yourself in a situation where either you prove that this world is fake, because it can’t harm you, or your puppetmaster has no choice but to end the simulation to save you from danger, provided it’s an “if you die in the game, you die in real life” type situation. This is a choice of last resort, obviously–there’s always the risk that your captors don’t actually care whether you die–but it tends to be one of the most effective. After all, in such a situation as this, suicide is the only thing that’s truly under your control. Only you can decide: is the risk worth it? Perhaps even death is better than living a lie…

That’s all for this week. Do you have any ideas on how to escape from a simulation? Let me know in the comments, or on Twitter @RetroPhaseShift. If you enjoyed the article, please share it!