Comic book movies, like those in the Marvel Cinematic Universe, are far more popular than the comics from which they originate. Indeed, some of that even goes back to early TV series like the Bill Bixby Incredible Hulk or Adam West’s Batman, which served as the faces for those heroes to the public well outside the comic demographics. In spite of this, though, almost everyone going to see Iron Man or Wonder Woman in theaters knows that they’re characters from comic books.

Then there are other movies, where few people even know it was originally adapted from another medium at all. The success of the film so totally eclipsed the source material that it’s almost completely unknown in comparison. And that’s where we find these, four films that have left the sources to languish in the shadows of their popularity.

END_OF_DOCUMENT_TOKEN_TO_BE_REPLACED 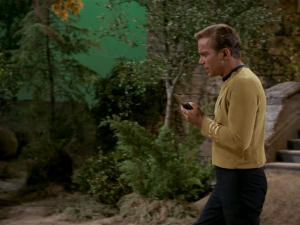 In between the cries of “it’s 2015, I was promised a hoverboard,” it might be easy to forget that certain technologies actually did sprout from sci-fi like that. Science fiction is unique among literature in this regard, in that its fans can go on to shape the world to be more like the fictional ones that they love. Ideas that were once conceived of as cool plot devices are now everyday items. But what makes sci-fi so great at moving people? And why are only certain sci-fi tech pieces appearing on the scene, while others (like the aforementioned hoverboard) languishing on the sidelines? Let’s dive into the topic of defictionalization to find out.

END_OF_DOCUMENT_TOKEN_TO_BE_REPLACED

Continuing from where we left off last week, I take a step over to Japan’s animation industry for anime sci-fi films that are every bit as amazing as the best live action has to offer. Akira, Ghost in the Shell, Gundam–these are classics, but here I want to share some more recent films that aren’t as ubiquitous. With that in mind, I’ve gathered 4 SF anime films that are totally worth a watch, even to those who aren’t usually into anime.

FYI, this is one of those lists where order doesn’t really matter.