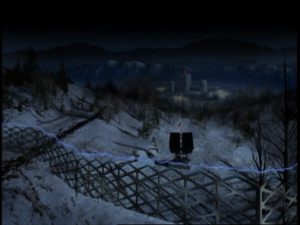 So last week I introduced Earth 2 in the Primer, a series about colonizing an alien world with a heavy dose of environmentalism mixed in. Earth 2 had a strong start in the ratings but gradually crashed; the production company, however, wasn’t quite ready to cancel it yet, and decided to investigate the possibility of a retool first. With a change in showrunners, an Earth 2 season 2 continuation was pitched. While it ultimately didn’t get that renewal, we do have the leaked plans for what that second season pitch looked like. Big changes were certainly in store, but were they good ones?

Needless to say, a few spoilers for season 1 follow.

There’s basically just this one document to go by, the aforementioned pitch video which surfaced at an Earth 2 fan convention after the show was canceled. It’s controversial, to say the least, as a lot of the things getting the boot in the retool are things that the show’s fans actually liked about it. The 6 minute video itself doesn’t have any new footage or anything, instead conveying everything about the new plans in the form of voiceover (and some absolutely bizarre “character stat”-type profiles. Ever wonder what Devon’s Passive rating was? Now you can know!).

One of the key things to understand about this video is that it uses a lot of stock footage and music from other movies–the Jurassic Park theme, for example, is very recognizable, and I think there are a few shots from cheesy cyberpunk film Johnny Mnemonic and the wormhole sequence from Stargate (among innumerable others). These are just to give an idea of what they wanted to show, something to compare it to. Think of the stock movie pitch lines like, “Die Hard IN SPACE!” or the classic X-meets-Y, like “Star Wars is the Classical Fantasy meets 1930s sci-fi serials.” Keep that in mind! The images on screen aren’t literally what we’d have seen in Earth 2 season 2; simply an example of what they wanted to aim for.

I wasn’t kidding about the Character Sheets… 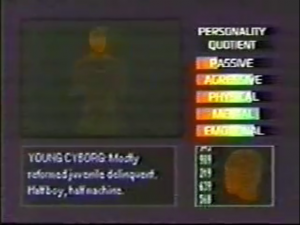 As you can see there’s a distinct move against complexity, both in terms of character and storytelling methods, and a preference for tried-and-true cliche character archetypes over trying to develop something unique and interesting. It’s not hard to see why fans of the series as it was would’ve disapproved of that. This is one of those cases where the retool is so drastically different from what came before that it makes you wonder why the production company even wanted to try to salvage the show at all. They clearly had no faith in the original idea any longer; why not just replace it with something new, instead of ruining it altogether? I don’t know.

Don’t get me wrong; retools aren’t inherently bad. Defiance‘s retool in season 2 saved it from the mess it was in its first season by changing the focus to the more interesting characters and avoiding so much conflict within the cast, and the radical change between pre- and post-Winter Soldier versions of Agents of S.H.I.E.L.D. led to the rise of one of the best shows currently on TV. Terminator: The Sarah Connor Chronicles moved away from high school drama into more sci-fi pursuits after its first season ended. But what all these shows have in common in their retools is that they moved towards more complex storytelling, not away from it. The characters gained depth instead of becoming shallow reflections of their former selves. What came before was not forgotten, but instead taken into new and unexpected directions, rather than trotting out yet another Monster-of-the-Week. I think this is one case where we can all be glad that new season never materialized.

If you want to watch the pitch video for Earth 2 season 2 yourself, you can here. It’s extremely low quality, but eh, what can you do? Smuggled footage from 90’s studio internal documents tends to be that way.

That’s it for this month’s What Could Have Been. Would you have been okay with Earth 2 season 2 moving in this direction? Or do you prefer leaving it as is? Perhaps there any other shows with lost seasons you’d like me to research? Leave a message in the comments, or send a tweet to @RetroPhaseShift. If you enjoy these and want to know when the next one’s out, you can also subscribe to the “What Could Have Been” RSS Feed here.