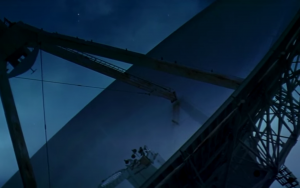 If you’re lucky enough to live in a universe with precursors, however negligent they may be, then the aliens you encounter might have more in common with you than you’d expect. But what happens when the life among the stars is so different that even basic communication is difficult? How can you hope to strike up a peace agreement, or a trade deal, or simply acknowledge each others’ right to exist, when their way of thinking is totally incompatible with us? Just imagine how much we could learn from people whose perspective is that different from ours!

As long as the guns aren’t blazing, there’s nothing to fear. With enough time and effort, communication will become possible, so stick with it. Peace is attainable, and we can reach it together by using these 4 tips for extraterrestrial communication.

END_OF_DOCUMENT_TOKEN_TO_BE_REPLACED 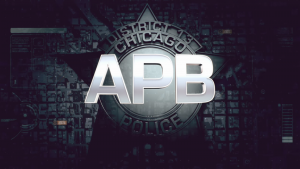 This week saw the premiere of APB, yet another in a long line of police procedurals with a thin veneer of sci-fi slapped on top (the thinnest yet), the third on FOX in particular following the abysmal receptions of Almost Human and Minority Report (still can’t believe that got the green light). The basic premise is a Libertarian power fantasy: a tech billionaire, personally affected by crime, takes over the incompetently run police precinct by throwing his money around against the city’s politicians and turns it into his privately run force that works perfectly through the use of apps and drones and tech buzzword #37 not found. Admittedly, the premise annoys me on its face; this kind of billionaire “altruism” is just not true to reality, and by forcing this into the setting of a real, modern city like Chicago, it just makes the difference that much more stark. Yes, I’m aware it’s “inspired” by a real event, and the show had a female cop to voice the audience’s potential concerns in the pilot…

But, ironically, that’s exactly where it falls apart. In an attempt to head these off, they fall back on standard police tactics even where it doesn’t make sense, eschewing the tech advantage that they’ve built for “experience and street smarts beat all.” Trust me, the show had plenty of other issues in terms of acting and storytelling, but if it could commit to the idea at its core, it wouldn’t fall into the same category as its predecessors. Because after looking at dozens of these sci-fi TV shows over the last few years, there’s a pattern that’s emerged:

The longer a show has run, the more likely it is to have a clear philosophy to its story. Shows that aren’t founded on a core belief inevitably flounder and fail.

END_OF_DOCUMENT_TOKEN_TO_BE_REPLACED 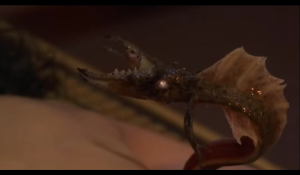 A shockingly common adaptation for life among the stars, body-snatching is a problem that any would-be explorer needs to consider before setting off. Even if the alien being in question doesn’t set its sights on your body directly, it can still be a serious issue that your ship has to deal with; after all, you wouldn’t want to accidentally facilitate some kind of subversive invasion of another planet, slowly occurring behind the scenes, would you? I mean, could you imagine if the planet’s leadership just suddenly went totally nuts for no apparent reason? Like, if they just started making nonsense declarations and lying about things you’d just seen them say and do with your own eyes. It’d be so obvious that something was seriously wrong, and yet no one seems to notice this suspiciously body snatcher-like agenda…

Oh, sorry. Maybe that just happens sometimes? Either way, here are 4 points to consider when dealing with aliens that can steal the appearance and/or minds of another.

END_OF_DOCUMENT_TOKEN_TO_BE_REPLACED 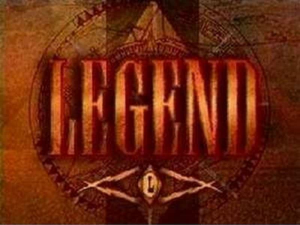 The Subjectively Obscure Sci-Fi Primer returns for the new year with another unusual genre crossover. We’ve done the SF legal drama; we’ve looked at a sci-fi soap opera; and now, it’s time for the Western genre to have a taste of science fiction goodness. While we often hear about the Western influence on the sci-fi genre, through shows like Star Trek with its “Wagon Train to the Stars,” or most obviously in Firefly, it’s not too often that this influence flows in reverse–but 1995 UPN series Legend is one such example. There have been others, and more notable ones, too, like The Adventures of Brisco County, Jr., so what makes the brief, 12-episode Legend worth a look first? Come along and learn why.

END_OF_DOCUMENT_TOKEN_TO_BE_REPLACED 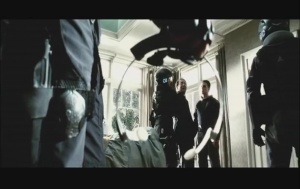 Crime is a fact of life in any civilization (well, almost), be it a wretched hive of scum and villainy or the upstanding Federation. And where there’s crime, there’s laws preventing it and punishments for breaking those laws. But with all this futuristic technology at our disposal, surely we can come up with something a little more interesting than steel bars and heavy fines, right? So here are 4 ways to deal with the convicts of the future, ensuring that they serve out their time… although whether these forms of sci-fi punishment are actually worse than rotting in a jail cell today is up for debate.